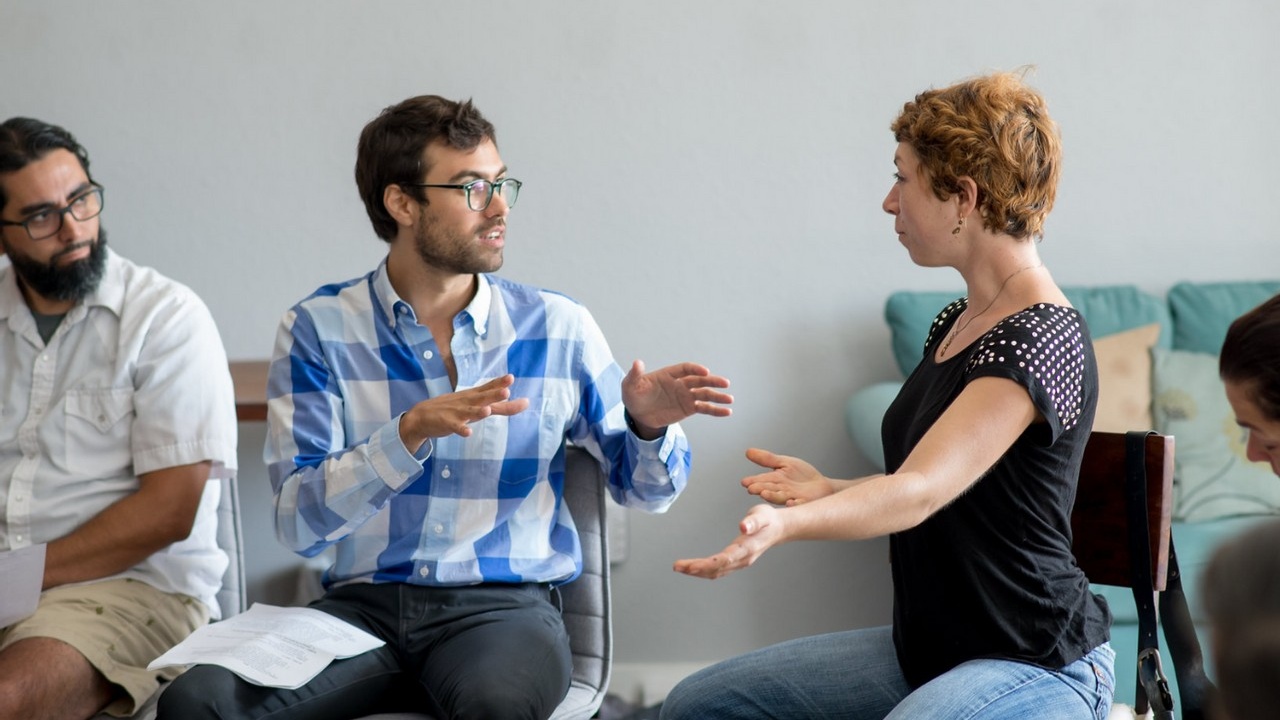 Jason joined us a month later. He was relieved to find out that Laura and I were co-leading the company. However, while we were fantastic collaborators on the operations front, Laura and I didn't do well in the joint CEO role. She stepped down. As a result, Jason started to get cold feet, because nobody was going to be in the leadership role - I...

How do we make sense of what it means to be a leader?

Below, you'll find a lengthy discussion between Authentic Revolution founder Sara Ness, Seek Healing founder Jennifer Nicolaisen, and Authentic Relating Toronto founder Taylor Barratt on the topic of community and business leadership. We go into everything from the inevitability of becoming a guru, to the lessons religion can teach us about successful (or unsuccessful) community leadership.

- Bringing the relational and the collaborative into the world of business, family, and finance
- How becoming a guru is inevitable in communities of belonging
- What makes the difference between a dysfunctional cult and a transcendent community, and why we often can’t tell the difference
- 2,000 years of wisdom in 20 minutes

Taking Authentic Facilitation to the Workplace 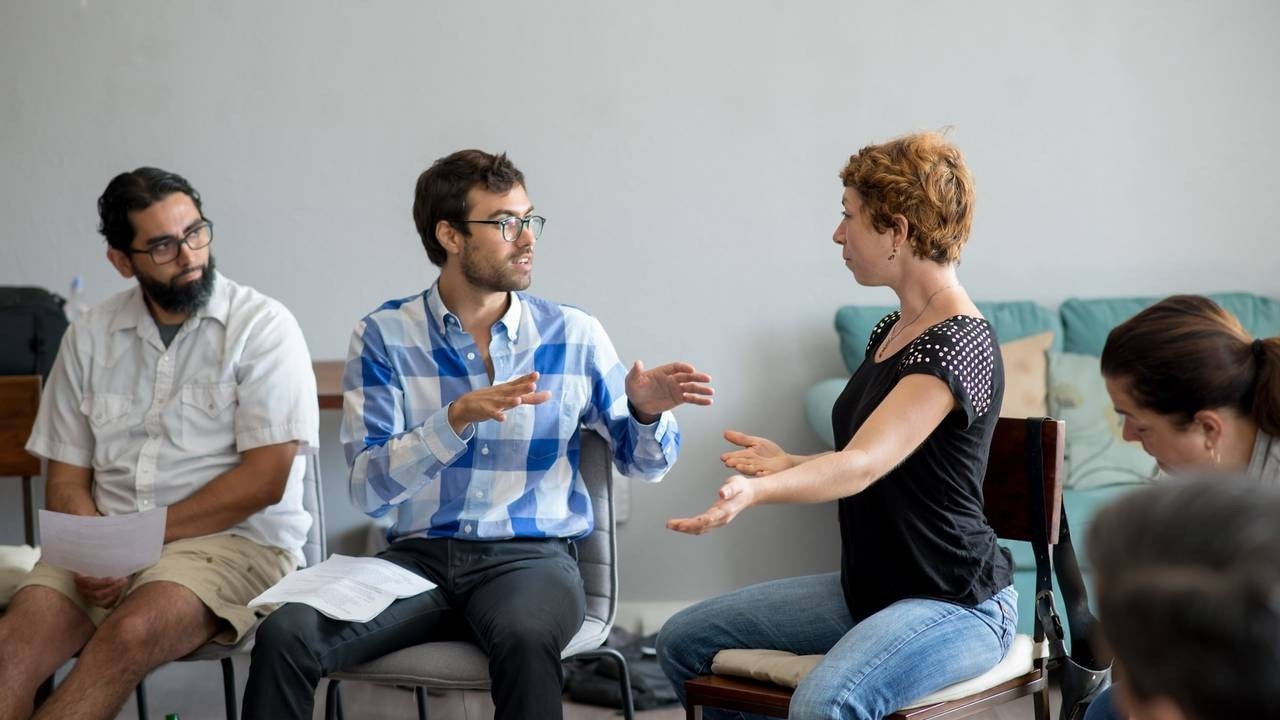 It's one thing to bring Authentic Relating skills into your relationship, your family, and your living room.

It's another thing entirely to bring it into the workplace, board room, and company culture!

To find out how it works, Jason Digges spoke to Carrie Patrick, Senior Organizational Development Strategist at Dell, and one of the best Authentic Relating facilitators we know.

Tune in & start envisioning how you could bring Authentic Relating into new contexts!

The Relating Languages Part 2: Stress and Safety in Connection 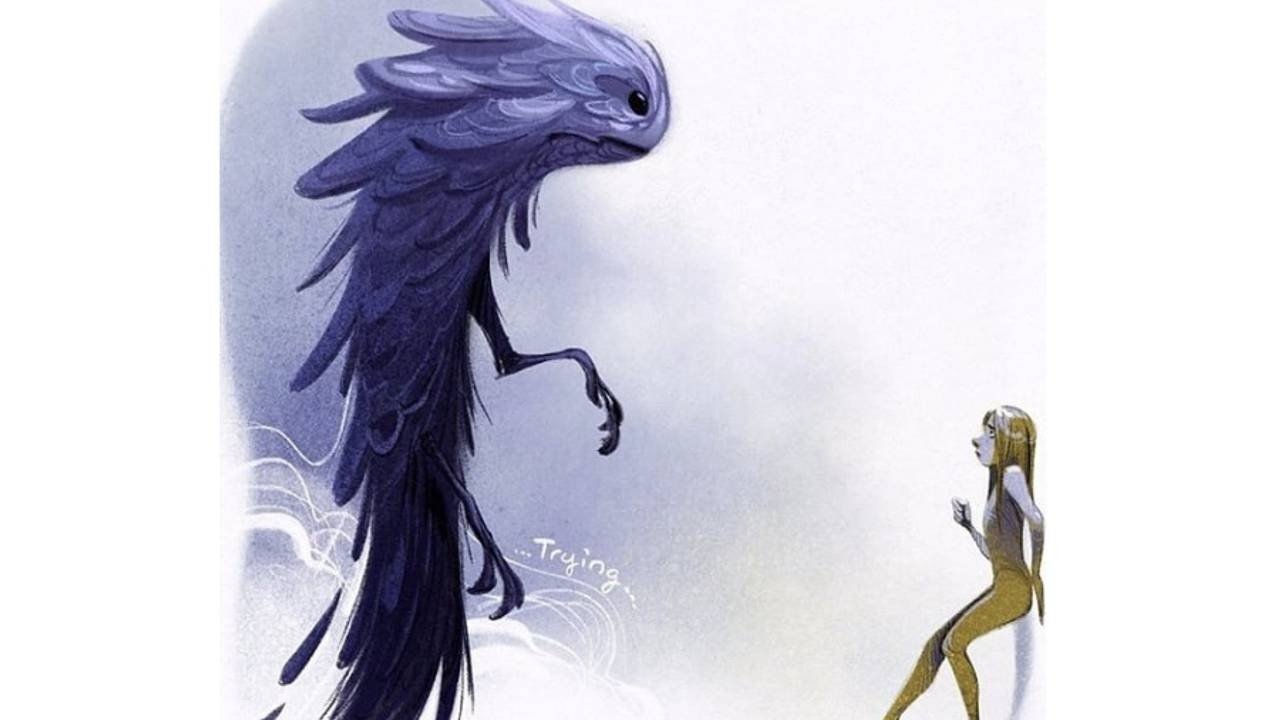 Why is it that sometimes we can be our “best selves” — grounded, connected, and aware — and sometimes, we’re a total relational mess?

Personality typing systems give us a general concept of who we are. I’m an “Enneagram 7” — enthusiastic, scattered, and adventuresome. I’m an “ENFP” — extroverted, intuitive, feeling, and prospecting. These systems have helped me understand myself, but they sometimes break down in relationship to other humans. Then, I seem to be not one type but many.

Why do I sometimes feel extroverted, and other times want to hide? Why am I intuitive when I feel clear on my role, and totally blocked when the situation feels chaotic or unclear?

The Relating Languages Part 1, or Why We Don’t All Just Get Along 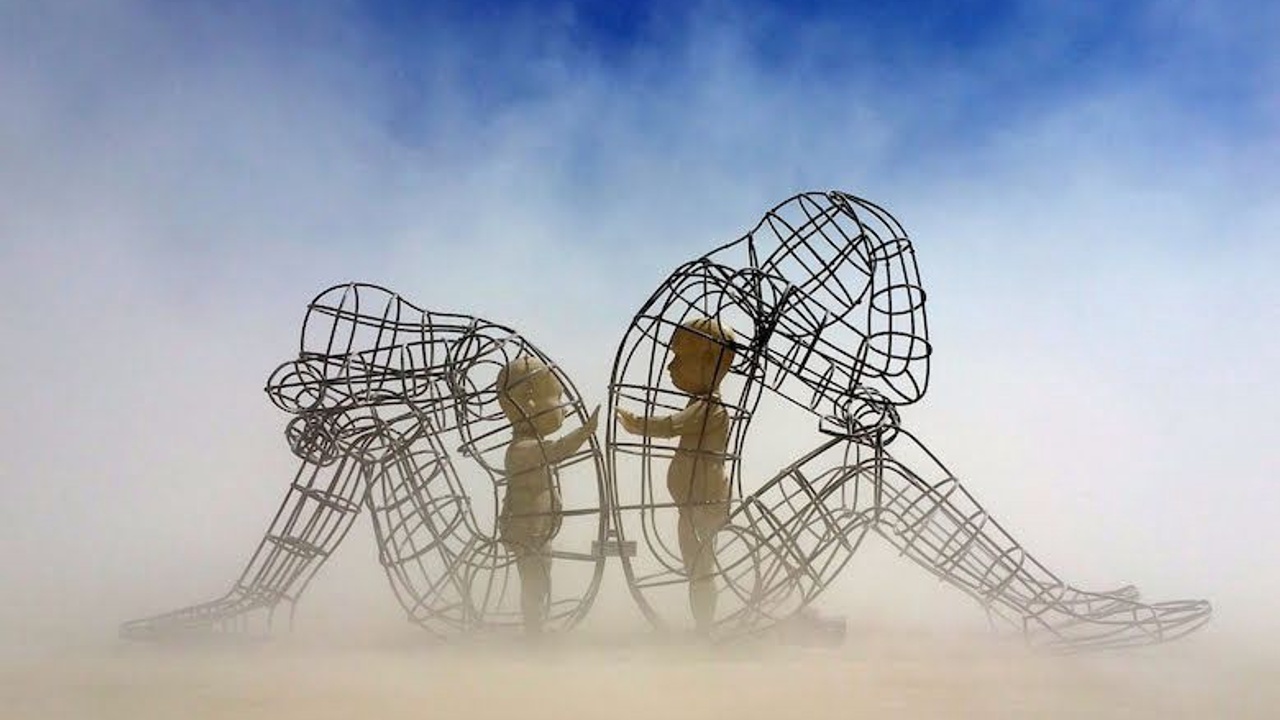 Hi, I’m Sara, and I am an awkwardvert.

An awkwardvert (self-titled) is a mix of extrovert tendencies with a lot of social anxiety. I want to meet you, but I also want to run away. I have always struggled with, and searched for, answers to the following questions:

What are the rules for relating? The unspoken social norms that everyone seems to understand? The right words to use? The right activities to offer? The amount I should speak, or listen?

These constant curiosities led me to become a connection teacher. Who better to teach communication than someone who has parsed it out of need? I teach mostly through facilitation, leading others to discover their own norms and way of being. Over the last decade, I’ve found something interesting.

I tried to come up with universal “rules” of behavior. Yet, people are different (profound realization, I know). Some like small talk, some judge it. Some ask questions, some never do. Some don’t seem...

What does “Authentic” mean? 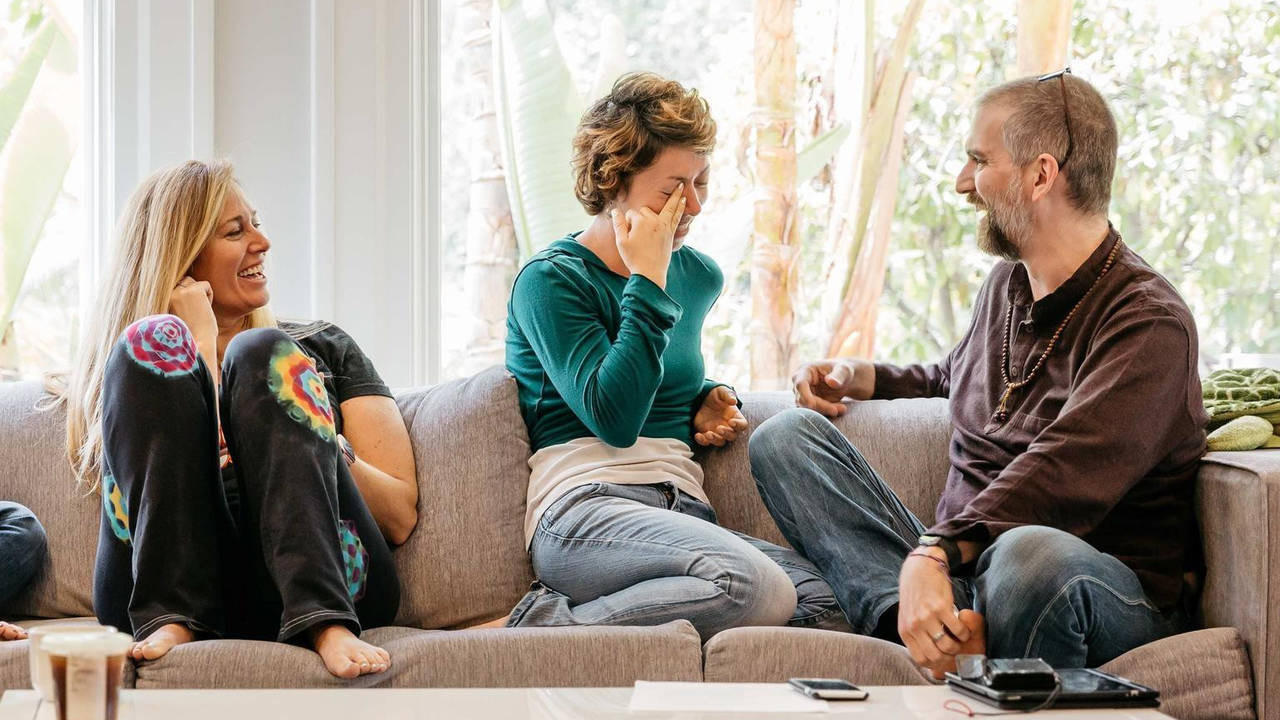 “It isn’t normal to know what we want. It is a rare and difficult psychological achievement.” — Abraham Harold Maslow

What does authentic mean?

Is authenticity total honesty in all your words and actions? Is it following your impulses, your emotions, or your beliefs? Is it integrity? Is it a popular word that writers use to get more hits on Google?

I’ve spent the past seven years teaching authentic connection. I’ve worked with thousands of students across multiple countries, and one constant issue participants run into is “finding their authentic truth.”

What Does Authentic Mean, And Why Is It So Hard To Find?

So really, what does authentic mean? Why does it seem so difficult to find “true authenticity”?

It’s huge, sprawling, filled with alleyways and shops that you could never explore in a year of looking. The city has many entrances. It belongs to you,...

A Pew for Elijah: What a Funeral Taught Me About Facilitation 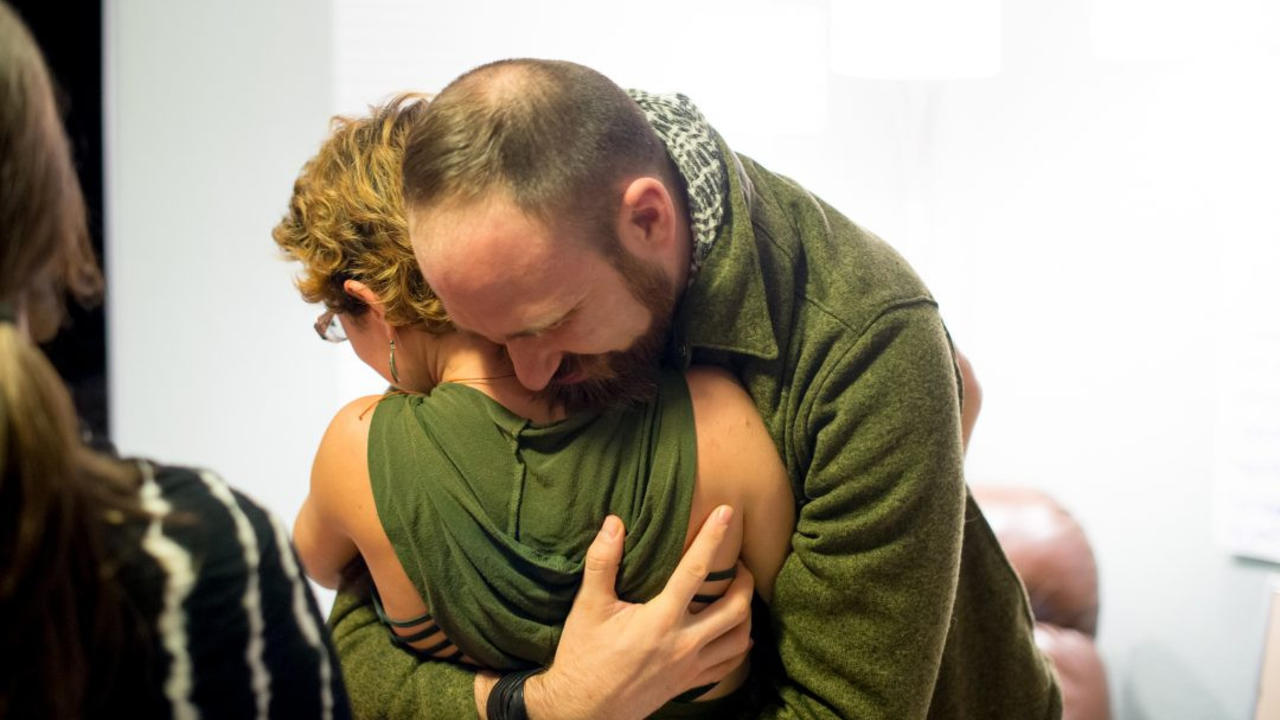 That’s the feeling I got upon walking into the room. I was twenty three years old, and one of my community members had just passed away – a devastating homicide while he was en route to Baton Rouge to facilitate that community’s first Authentic Relating Games Night. I led the Authentic Relating community in Austin. His mother, who I barely knew, had asked me to facilitate the memorial.

Of course I said yes, and I flew down a few days later. It wasn’t until we were in the car en route to the memorial service that worry started to percolate through my shock. After all, I had never facilitated a memorial before; I had never even been to one. I asked the mom, “How do you want me to facilitate this service?” “Just get up there. You’ll be fine,” she reassured me.

I walked into the room and within a second, I knew that I was in trouble. I am a facilitator of group emotional... 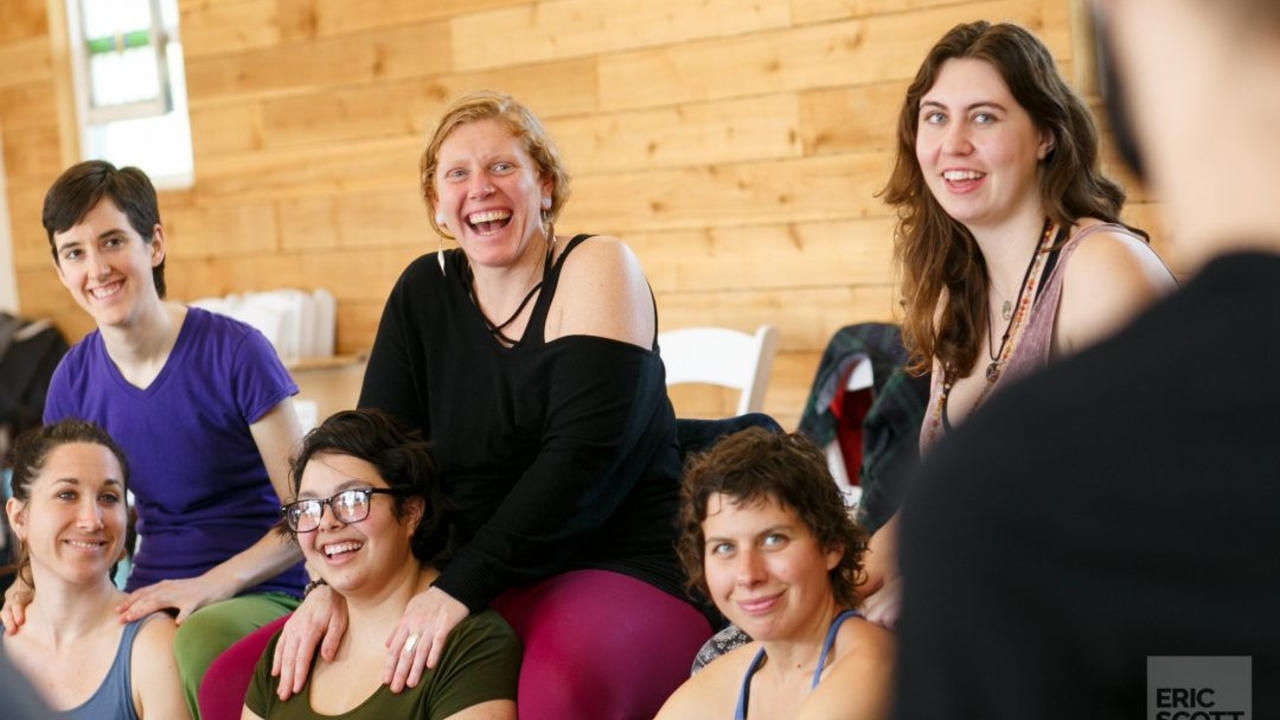 There are twenty-two of us in my living room the day before the training starts.

I’ve run the Authentic Leadership Training more times than I can count. Actually, about thirty five times, which is countable but only because I spent an hour with my calendar. I know the content so well I can teach it without a script. I have every possible change memorized. But there’s one code that I’m still working on cracking.

The people in this room are all different ages, from their twenties to their sixties. Among them are computer engineers, managers, teachers, coaches, musicians, and entrepreneurs. They have different backgrounds, cultures, and expectations.

I prefer having multiple leaders in front of the room. They help me teach and give the participants an example of what different types of leadership can look like. They make sure that participants can focus on learning rather than logistics. I need the staff, but twenty-two different people are hard to...

Learning How to Fuck Up 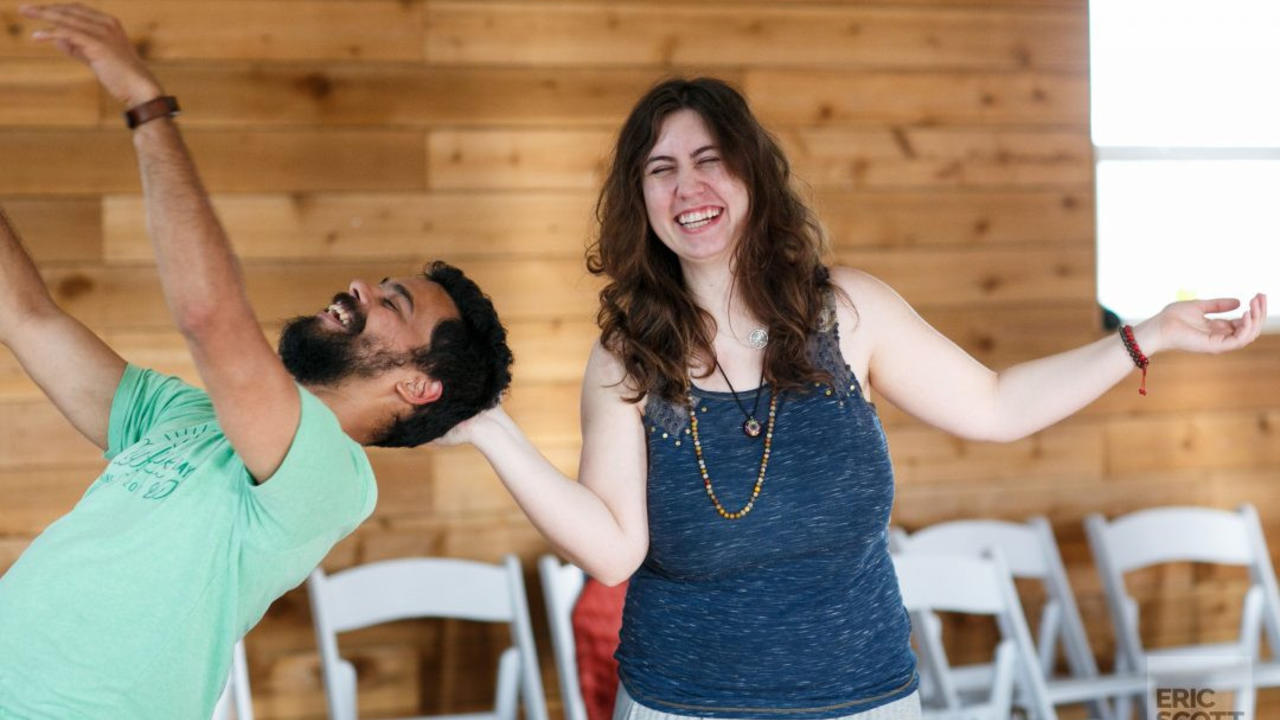 What if “you did it wrong!” could be a compliment?

Our culture tends to penalize mistakes. When someone does a “wrong thing” – hits on a woman who doesn’t want it, lies, fails to keep a commitment – they are likely to end up in trouble. Our system is far more interested in retributive (punishment) than restorative (learning and repairing) solutions to people-problems.

The only problem with this is that it isn’t actually how people learn.

Around 350 BCE, Aristotle wrote: “for the things we have to learn before we can do them, we learn by doing them”. We learn by reading and researching, by seeing examples, but most of all by TRYING things, and often getting them wrong.

Imagine a woman who has repressed her sexuality all her life. Growing up, she got the model that “flaunting” herself through fancy clothes or flirtation was wrong, maybe even immoral. She saw her parents dress conservatively....

My Journey through the Authentic Life Course - Part Eight

Module 8 of the Authentic Life Course is all about learning to deepen connection with others by checking assumptions, sharing withholds and appreciations, and setting boundaries.

Funnily enough, I happened to complete this module just before I had a challenging disagreement with my roommate and close friend.  Tension had been building between us for some time at this point.  The last year had brought some big changes for the both of us and I was feeling the disconnect.  Put that on top of some disagreements about the house, and before I knew it we got into an argument that ended with us not speaking for almost a week.

As time passed and I cooled down from the initial confrontation, I realized that there was much more to this disagreement to me than the petty house issues.  I realized that I had a couple of big withholds that I had bottled up for a long time.

Over the past year, my roommate has held two jobs that she hasn’t...